In the past few years FSG was famous for the artificially wet Skid-Pad Event, colloquially called “Wet-Pad”.

Despite its recent demise at FSG, we are going to pick up the legacy by making our autocross a “wet-cross”.

Meteorologically, mornings are usually stable in this area of Styria, while the afternoons tend to carry some surprises over the mountaintops, which in the past few years included heavy rain, thunderstorms and hail. This has often lead to significant delays in the running of the autocross (which is an afternoon event) and also in a quite skewed running order for the Endurance.

To make the autocross more consistent, and also to introduce some new challenges to FSA, we successfully negotiated the use of the recently-upgraded track irrigation  system of the Project Spielberg handling course that our course is set on. The Endurance track condition will not be artificially altered (for now).

During the easter holidays some favorable weather allowed a first test of our new setup: 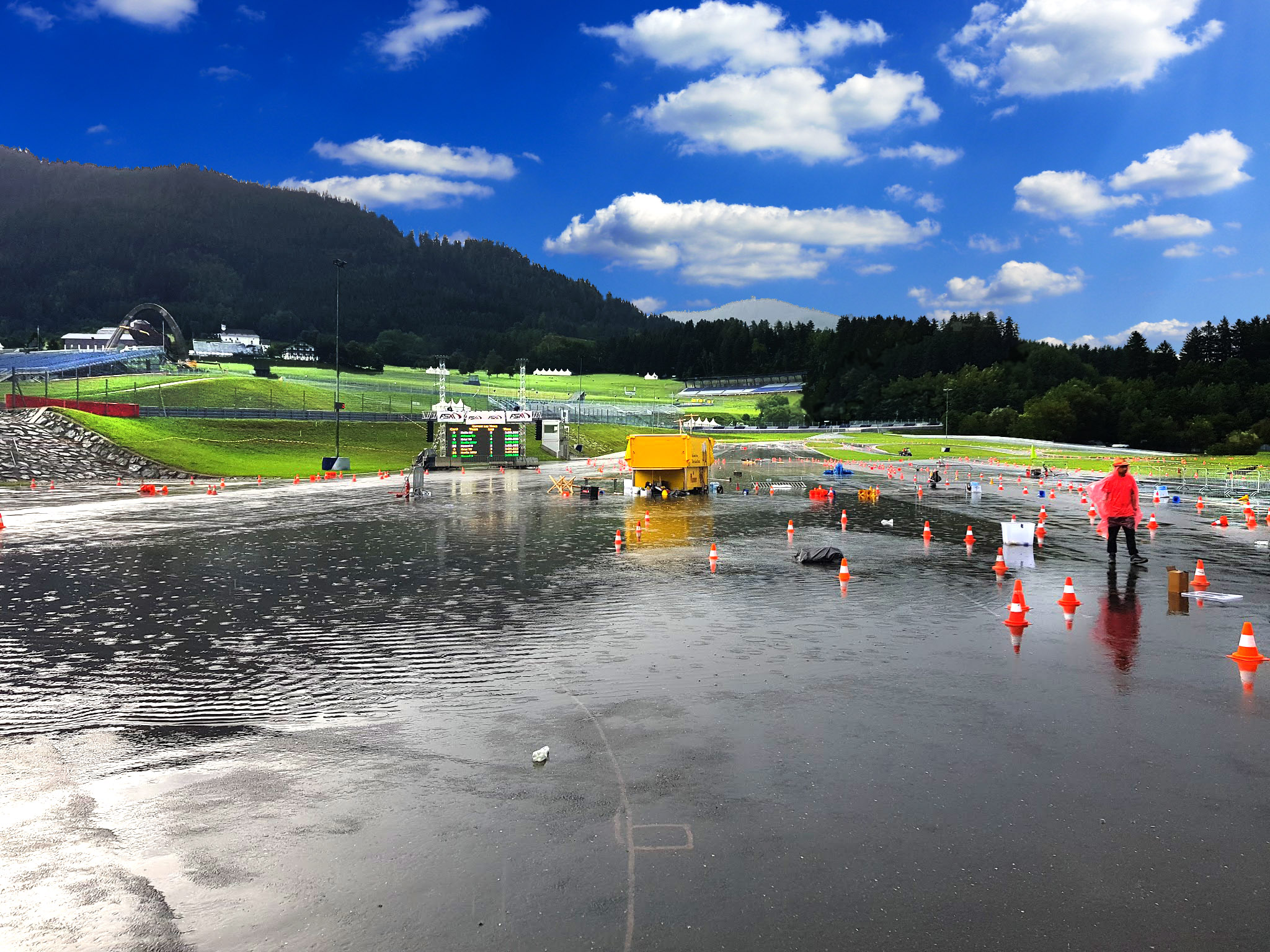 Since this will be a new experience for everybody involved, we want to share some feedback and considerations from our test drivers and staff:

As always, the necessary rule changes will be published in the upcoming weeks.

This entry was posted in Allgemein @en. Bookmark the permalink.